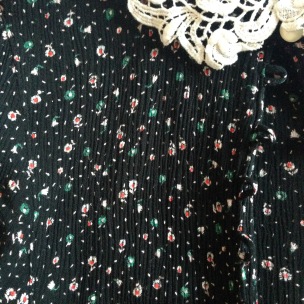 It was a few weeks ago when I met a very interesting lady on the station of Varenna. She said (as only Italians can do) that she found my hair of a beautiful and exceptional colour. I said “thank you” and I told her that my hair is coloured like the trees of the current season (autumn). The lady was talking in Italian with two people from Ibiza. When I chose a seat on the train, the three people of the station came to sit next to me. The lady said that interesting people always attract her attention and therefore she chose to sit next to me. The lady had obviously a strong sensitivity for her environment and observed people very secure.

We four travellers had a very interesting conversation. Not an ordinary conversation for a first meeting on a train. The three stepped out of the train in Lecco and I travelled further to Milan. The same evening I saw the film poster (see underneath the page) at the entrance of a Milanese cinema. It was no coincidence for me. The weekend developed further, and in the next days I regretted that I didn’t give my number to this stylish and intelligent lady of 83 years of experience with life.

The week after this interesting meeting, I walked alone on an extraordinary sunny Piazza Duomo in Milan. Then all of a sudden, someone from the back was calling my first name. “Ann” and again “Ann”. I immediately turned around to see who it was. It was Bianca, the lady of the train which goes along the lake of Como. We decided (together with her son, who accompanied her) to drink a coffee at the entrance of Galleria Vittorio Emanuele II. We had again an interesting conversation. She knows allot about fashion (she worked in fashion in Milan) and reads literature and philosophy. She analysed the fabric of my vintage dress, and told me how the pattern on the fabric is called. She told me about Schopenhauer and that in her opinion he was a realist, instead of a pessimist. After our first coffee, I went home as an optimist. I saw a lady who is already a great example for me. I wish to get old like her, with a sharpness of mind like hers.

*My own story has nothing to do with the novel by Paula Hawkins, where the film is based on. Only the poster attracted my attention. For me this meeting is an ode to ‘Monsieur Teste’ by Paul Valéry.