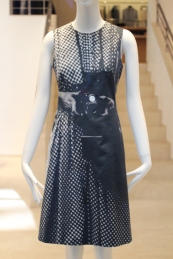 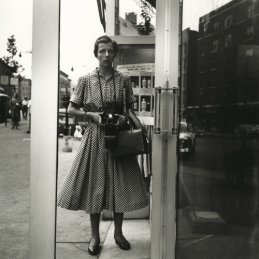 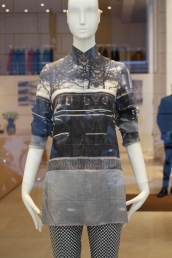 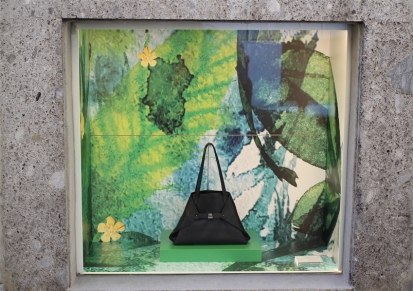 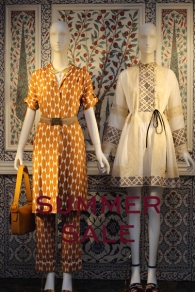 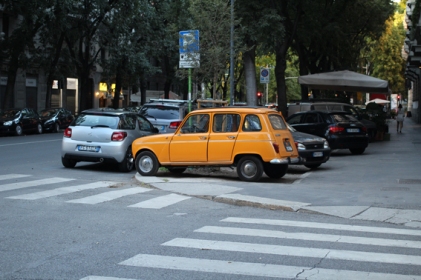 Oldtimer Car in my street 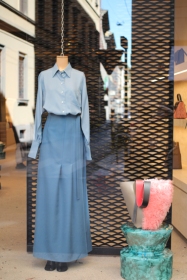 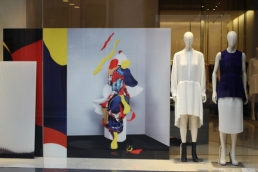 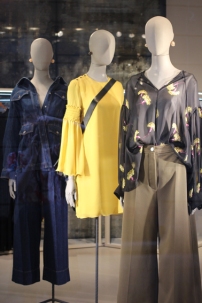 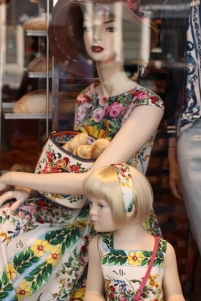 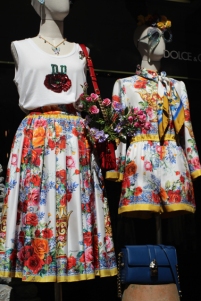 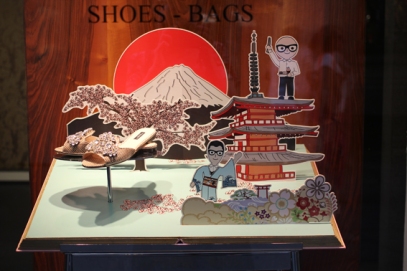 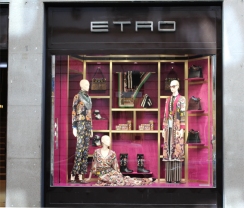 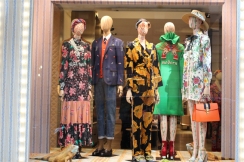 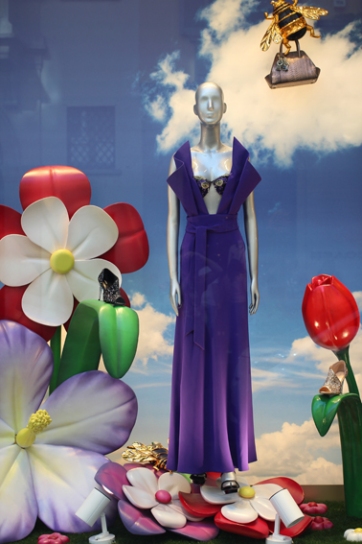 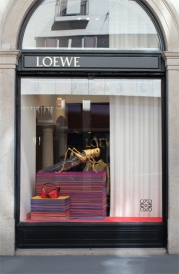 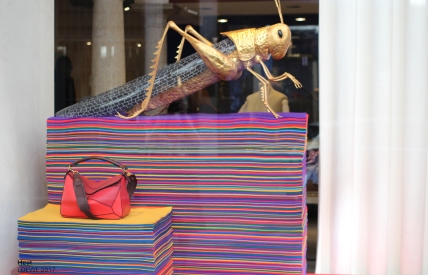 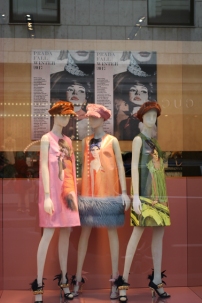 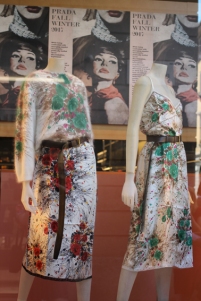 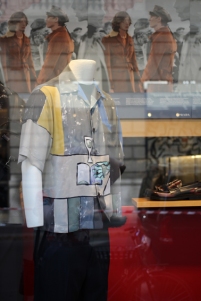 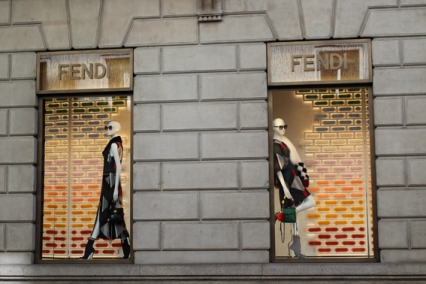 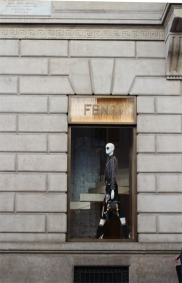 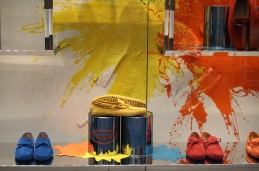 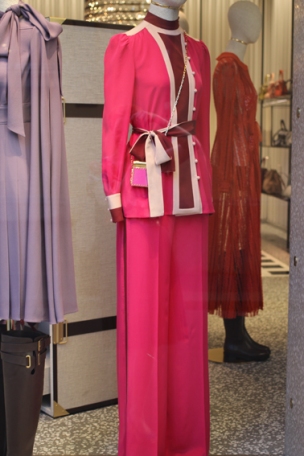 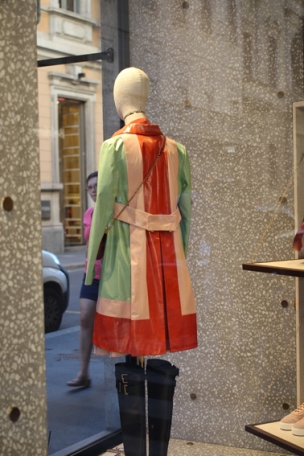 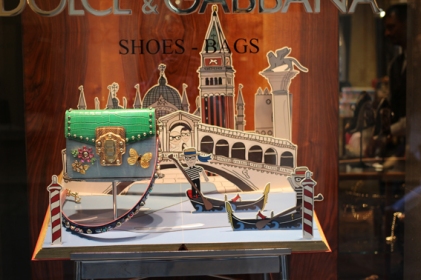 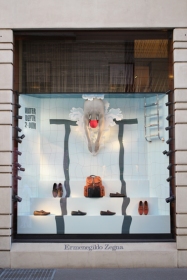 In fashion it’s always a little bit strange that the next season’s autumn clothes are on show when it is still very hot outside. In the world of fashion the next thing to come is more important than here and now. The clothes of D&G are meant for summer, but for example the clothes of the fashion houses Etro and Gucci are thick and closed. The tendencies you will find in the windows are still retro or vintage inspired design, from the 1950’s till the 1970’s. The 1960’s and ’70s are predominant in style, cut and colour. Everywhere you could recognize flowers, insects, and themes inspired by nature. Graphic retro patterns and non-western patterns are recognizable for example at the fashion design of Tory Burch. Prada presents lots of 1960’s cut mini dresses with prints from this period of time.

As a tendency against hippie and flower power style, there is created also a minimalistic style at for example the fashion house Krizia. Even the mannequins have heads like they are stepped out of a Malevich painting. The heads are designed minimal and are without the recognizable features of a portrait, like nose, lips, eyes and eyebrows. The de-constructivist installation The knitted Gaze in the window made of printed glass is very interesting and made by the guest designer Lorenzo Vitturi.

D&G are playing over and over again with the clichés and stereotypes of Italian culture, and the roles in the 1950’s of man and woman. The A-line dress is printed every season with another theme, most of the time flowers, but the last season they were printed with the images of pasta and ice cream.

Akris looks also back to the 1950’s in his choice for silhouettes. Interesting is that he made use of tromp l’oeil on fabric (is the image of a camera real or isn’t it – after Magritte’s La trahison des images 1928-29). I researched a bit, to prove what I already knew and found out that this dress is printed with a photograph (self-portrait, New York) of Vivian Maier made in 1954. Krizia printed the whole photograph, including the camera and the actual pattern of Vivian’s dress. Only Maier’s hands are telling they are hers (her face is absent). It’s strange to look at a dress with a photo camera. The viewer is becoming aware of the today’s culture, with a tendency to photograph and to be photographed. When I photographed the window of Akris, I photographed indirect (the absent) Vivian Maier in 1954. For a moment I was in another time and so does most of the fashion of today, by copying the past.